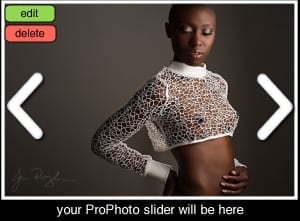 It is modern. I mean look at how technology has changed. Phones, computers, TV’s, cameras. They have all exceeded what we dreamed was even possible in such a short period of time.

It’s amazing how some things change so rapidly, and others so slowly.

I have a theory on why. It may be controversial, but I don’t care. After all, if I want to be a catalyst for change I need to speak my mind. I think feminism is slow to change because women are so caught up on the definition of feminism.

fem·i·nism
ˈfeməˌnizəm/Submit
noun
the advocacy of women’s rights on the grounds of political, social, and economic equality to men.

I want to have women’s rights. I want to be able to succeed politically, socially and economically. I don’t however want to be like a man. I want my attributes as a woman to lead to my success. I want someone to hire me BECAUSE of what makes me, ME.

Feminism isn’t right or wrong. It’s not about being like someone else; male or female. It’s about embracing your qualities and strengths as a human and being accepted for that.

I recently came across an article that spoke about #freethenipple. If you aren’t familiar with this movement I can summarize it for you quickly. It’s basically women who believe they should have a right to go topless and show their nipples because men can. This is a perfect example of old fashioned feminism in action if you ask me.

Let me say very clearly; I am not scared of nudity, and I do believe a woman should be able to go topless if she wants to. HOWEVER, is going topless successful in proving that we are equal to men? Is showing your nipples freely increasing your power and message as a woman?

Personally, I don’t need to show my nipples to find my equality. This really made me think:

I want to put the FEMININE back in FEMINISM. Let’s be women AND succeed. Let’s be caring, emotional, soft, hard, funny, strong, and all the other million things women are. Let’s EMBRACE those qualities and show the world that they are right. We are NOT like men. That however, is exactly what makes us amazing. It’s exactly WHY you should hire us, vote for us, treat us fairly.

I would love for you to share your thoughts on feminism in 2015. Please share them in the comments section below.

You can find out more about which cookies we are using or switch them off in settings.

This website uses cookies so that we can provide you with the best user experience possible. Cookie information is stored in your browser and performs functions such as recognising you when you return to our website and helping our team to understand which sections of the website you find most interesting and useful.

Strictly Necessary Cookie should be enabled at all times so that we can save your preferences for cookie settings.

If you disable this cookie, we will not be able to save your preferences. This means that every time you visit this website you will need to enable or disable cookies again.